See How They Run Auditions 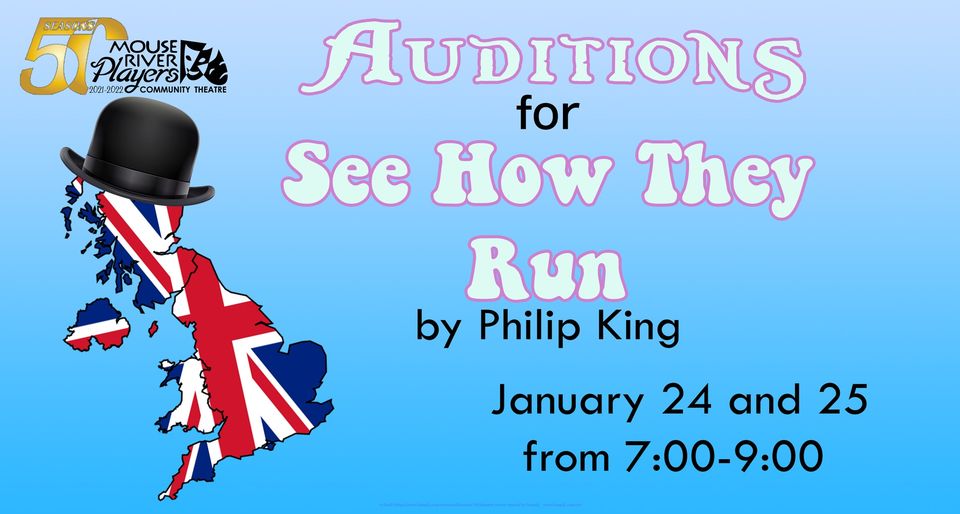 PrevPreviousAuditions For The Diary Of Anne Frank
NextAuditions For Clue, The MusicalNext
Mouse River Players is excited to announce the auditions for See How They Run by Philip King
Auditions are open to adults. Roles for six men and three women.
No prepared auditions necessary.
Audition dates:
January 24-25 from 7:00-9:00
Performance Dates:
March 18-20 and 25-27
If you are unable to attend the audition dates, please message us on Facebook before the posted audition dates so a time can be arranged with the director, Jay Jenkins.
Summary from Concord Theatricals:
Galloping in and out of the four doors of an English vicarage are an American actor and actress (he is now stationed with the Air Force in England), a cockney maid who has seen too many American movies, an old maid who “touches alcohol for the first time in her life,” four men in clergyman suits presenting the problem of which is which (for disguised as one is an escaped prisoner), and a sedate Bishop aghast at all these goings-on and the trumped up stories they tell him.
No Responses
Subscribe To Newsletter

See How They Run Auditions