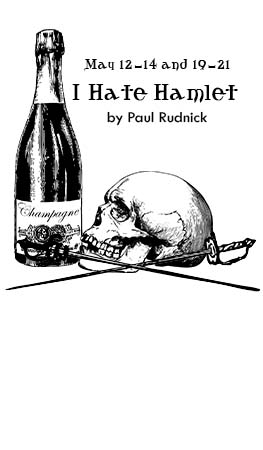 Andrew Rally seems to have it all: celebrity and acclaim from his starring role in a hit television series; a beautiful girlfriend; a devoted agent; the perfect New York apartment; and the chance to play Hamlet in Central Park.  There are, however, a couple of glitches in paradise.   Andrew’s series has been canceled; his girlfriend is clinging to her virginity; and he has no desire to play Hamlet.  After an unexpected seance, John Barrymore returns and Andrew’s life is no longer his own.  Barrymore presses Andrew to accept the part and fulfill his actor’s destiny.